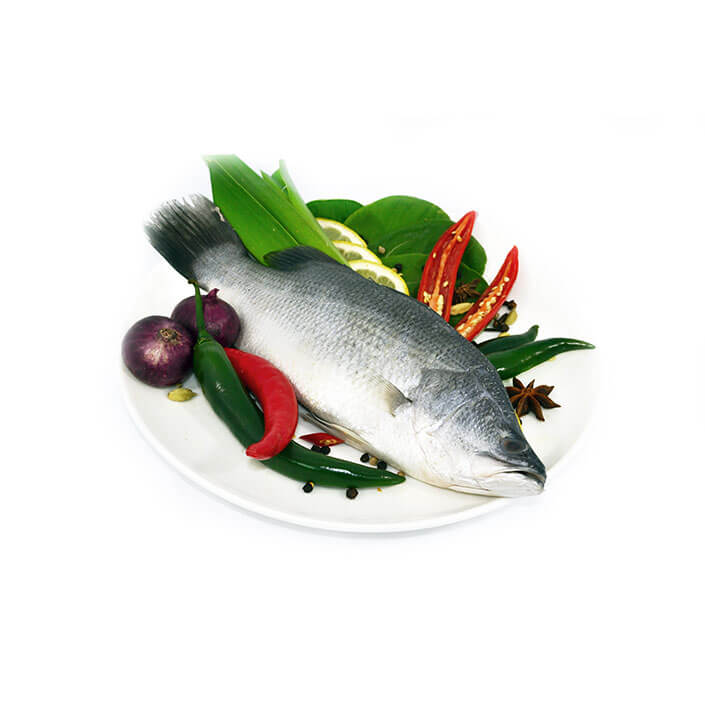 The barramundi or Asian sea bass (Lates calcarifer) is a species of catadromous fish in family Latidae of order Perciformes. The species is widely distributed in the Indo-West Pacific region from Southeast Asia to Papua New Guinea and Northern Australia. Known in Thai language as pla kapong, it is very popular in Thai cuisine.  Barramundi is a loanword from an Australian Aboriginal language of the Rockhampton area in Queensland meaning «large-scaled river fish». Originally, the name barramundi referred to saratoga and Gulf saratoga. However, the name was appropriated for marketing reasons during the 1980s, a decision which has aided in raising the profile of this fish significantly. L. calcarifer is broadly referred to as Asian seabass by the international scientific community, but is also known as Australian seabass.

The fish is of commercial importance; it is fished internationally and raised in aquaculture in Australia, Saudi Arabia, Malaysia, India, Indonesia, Vietnam, Israel, Thailand, the United States, Poland, and the U.K. The barramundi industry is relatively established.

Order Back to catalogue

We will share the Quotations & Details with you soon